2016 in review: What I Got Up To and What Happens Next 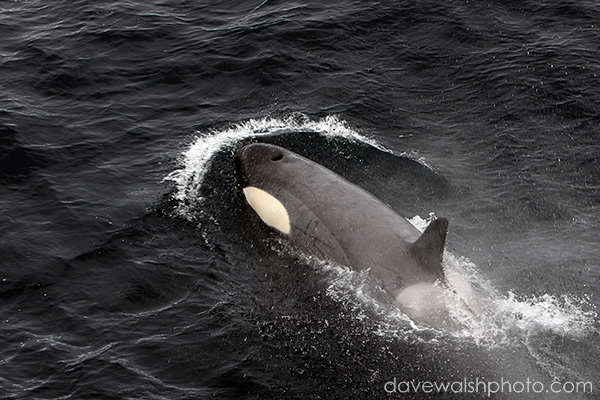 2016 went by in a flash, between moving countries, working hard for Antarctic and Arctic protection, and joining the quest to halt international trade deals.

When I set out to write this, I realise that had not posted to ColdReality.org since early in the year. For someone who professes to make a living from writing and communications, it’s lamentable. In my defence, I’ve been busy, and this is no bad thing, as it has culminated in a very successful and exciting year, with opportunities to work with great people on important projects.

At the end of February, I moved from Brussels to the outskirts of Barcelona with my partner Nathalie and young son Killian, and joined an international team of co-workers at La Cleda in Sant Cugat del Vallès, on the edge of the incredible Parc de Collserola. I can’t do enough to thank Pep Wennberg, the founder of La Cleda, for taking in and helping a newly arrived stranger, and the rest of the Cledians for their support and friendship. Catalonia is an intriguing place to be at the moment, as it is in the the midst of a push for independence from Spain, adding to already politically and culturally vibrant atmosphere. I’ve learned the basics of Catalan – but I’ve plenty of homework to do.

From Sant Cugat, I’ve continued to work alongside talented network of colleagues at the Antarctic Ocean Alliance, and together celebrated the landmark creation of the world’s largest marine protected area, in the Ross Sea. Thank you and congratulations to Mike Walker, Elsa Evers, Ricardo Roura and the rest of the team, and Andrea Kavanagh and her team at the Pew Charitable Trusts.

Over the northern summer, I joined  the Clean Arctic Alliance, as a communications advisor to a coalition of NGOs campaigning to ban polluting heavy fuel oil from ships operating in Arctic waters. We chalked down some success at the International Maritime Organization’s Marine Environment Protection Committee meeting 70, in London in October, with the IMO starting to move towards regulation of HFO. To help build this campaign, I work closely with marine science and policy expert Sian Prior, who I thank for introducing me to the project, and Charlotte Inglis, Lisa Grau and Helena Murphy at the European Climate Foundation. I’m off to Tromsø, in Northern Norway in late January 2017, to attend the Arctic Frontiers conference, where I’ll be helping run a side event.

In June, I had the honour becoming a member of the board of directors at The Arctic Institute, a Washington-DC based think tank, following an invitation from its founder, Malte Humpert, and President and Managing Director Victoria Herrmann. I also continue to help the Institute develop its media profile.

I’ve consulted to several different Greenpeace offices since 2004, and every year brings a new adventure. This year, I stepped in to provide interim communications and strategic guidance to Greenpeace Africa, and a dispersed network of campaigners in Europe, working to protect the forests of the Congo Basin. Thank you to Victorina CheThoener, John Bowler, and all the team for welcoming me in. I hope my successor, Maureen Grisot, is enjoying her role.

Later in the year, I stepped into a communications advisor role with Greenpeace Netherlands, joining European campaigners working with a larger within a large civil society coalition to put a stop to the threat of dodgy trade deals like TTIP, CETA and TISA. I helped develop messaging, and worked to secure media coverage of leaks concerning trade agreements that jeopardise the livelihoods of ordinary people.  Thanks to Martin Lloyd,  Susan Cohen Jehoram, Milo Laureij, Shira Stanton, Juergen Knirsch and Mark Breddy for bringing me onto this project.

I’ve continued to write, albeit on less serious topics for a cycling website setup by my friend Damien Debarra, Furious Riding, and work with photography Millennium Images and VW Pics to get my work out to the wider world. Check out this book cover, using an image of mine from Yellowstone, and inclusion in a recent National Geographic Traveller article about Ireland’s Wild Atlantic Way.

And that, folks, was a brief and abridged account of my 2016. I’d like to thank everyone who helped – not just the folks that I mentioned above, but all of those who helped us with our move south, especially my brother Mick, who drove the truck most of the way from Brussels to Barcelona!

Happy New Year to everyone – I looking forward to working together in 2017. Those with the imagination to propose a better world, have significant challenges ahead of us, including convincing those around us that despair is not a  viable option and that hope and action must be our daily fuel.

Got questions, or ideas about how we can collaborate in 2017? Get in touch.