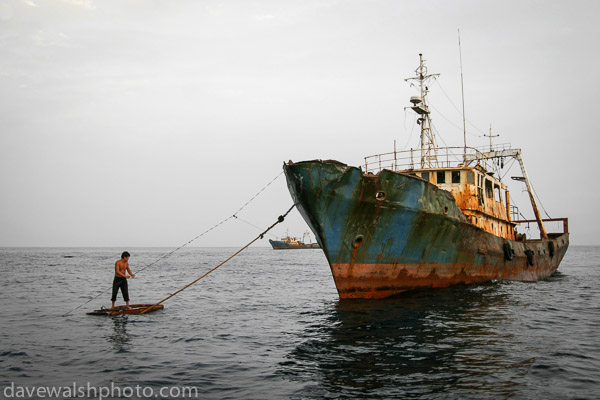 This article was first posted on the “Defending our Oceans” blog by Greenpeace on March 29, 2006. That site has been retired, but here’s the original on the Internet Archive.

We’re in the big African Queen inflatable, cruising alongside an anchored trawler. It’s more rust than metal – the ship is rotting away. The foredeck is covered in broken machinery. The fish deck is littered with frayed cables, and the mast lies horizontally, hanging over the starboard side. A large rusty Chinese character hangs on railings above the bridge, facing forward. It reads ‘happiness’.