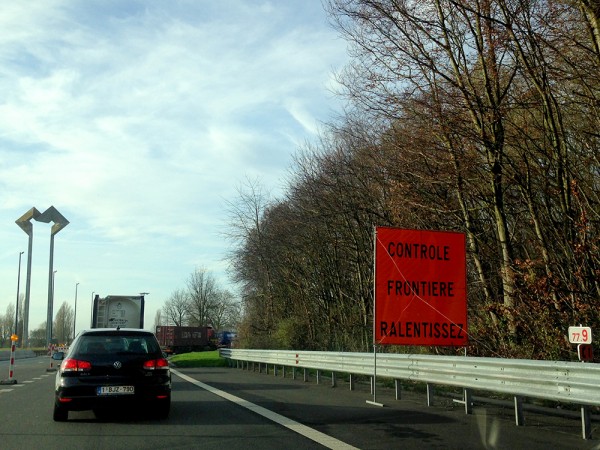 I published the story, about this absurd situation at the Belgium-France Border, along with the anxiety of crossing a national border while carrying a piano, a collection of lampshades and a large collection of worms, over on blather.net. I’ve been running this website that I’ve been running since 1997. It’s been dormant for a while, but with the help of my co-editors,  we’re slowly re-vitalising it.

Bonjour Monsieur, what do you have in the coffre?

I have a piano, several lampshades and a box of garden worms.

Monsieur, seriously, what do you have in your car?

Really, I have a piano, lampshades and worms.

Look, there are hordes of radicalised Daesh terrorists roaming around Belgium and France and they are a threat to us all. Please don’t joke.