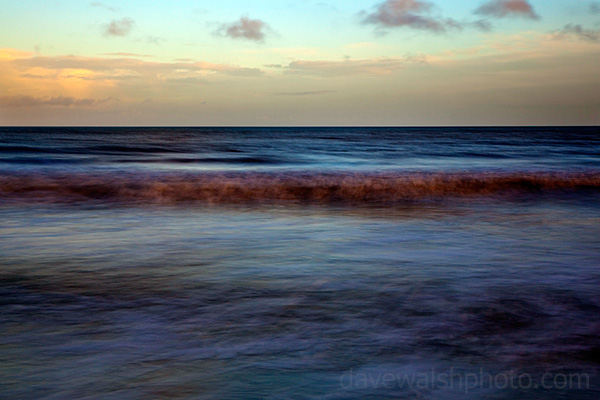 As I write this, I’m sitting in a café in Brussels (where hundreds of refugees are camped in parks, understandably turning down government dormitory accommodation). I’m Irish. I live here, for now. I migrated here, but I’m not a refugee. But look at the history of the Irish diaspora, or that of your own country. Look at how many people in your family or friends are descended from or connected someone who was displaced by war or crushing economic pressures, and think, did any of these people – the Syrians stranded on the beaches of Kos, or arriving in Munich ever dream they would become refugees?

Last week, as I nestled my dozing two-month old son in my arms, my mind kept drifting back to the photograph of Aylan, the three-year old Syrian boy who perished on Turkey’s shores, after his family’s attempt to reach Greece, and the European Union. I shed a tear, for the unfairness of it all. For the father of Aylan, who had lost his entire family. In thanks for the health and safety for our little boy. In anger, and shame for being part of a system that forces small kids to cross the sea at night, unreliable boats, or push through razor wire in order to claim their basic human rights.

Europe, and some of the wider world, seems to have woken up to some sense of the enormity of the current refugee situation, following the publication of the publication of the Aylan images. It’s not that I or others, were unaware of the Syrian war – as many Europeans are – but perhaps we all assumed that someone, somewhere was taking care of the problem – after all, that’s why we pay our taxes, right?

But it turns that nobody in power was doing much of anything, expect maybe Germany. Thousands of images of displaced, rescued or drowned people had already been squeezed through the media machine, but we had all ignored them. We ignore the plight of desperate people, even those homeless on our streets of because we feel revulsion, and fool ourselves into thinking that these people are just like you and me, but have been pulled through hell. We lack the courage to countenance the fact that “there but for the grace of God go I” – that if it wasn’t for some money in our bank accounts, and a relatively steady job, we could be that person. We don’t want to think about how if it wasn’t for some relatively stable governance and peace in our countries, we too could be amongst those refugees.

But something in those images of Aylan, by Turkish photographer – Nilufer Demir – herself grief-stricken by what she witnessed – jolted even most of even the coldest political hearts in Europe. Perhaps we couldn’t connect with the horror of earlier images of dead children on Mediterranean beaches, but we could recognise something familiar and yet so wrong in the image of “sleeping” Aylan.

Now some countries are waking up, while others are going out of their way to avoid doing anything – Kuwait says it won’t accept any Syrians because they’re “psychologically disturbed” (and you fucking wonder why, when there’s barrel bombs rained down upon them?), Uruguay’s singular and famously modest president wants to house 100 families under his roof, dwarfing the Finnish prime minister’s commendable pledge to take in one family into his home and the pope is urging for every parish to take in at least one family (which seems somewhat lacking in ambition). More than 11,000 Icelanders, out of a population of 323,000, have pledged to house refugees. Hungary’s defence minister resigned because he wasn’t building the border fence “fast enough”. John Kerry announced that the US would take in more refugees, while Canada’s Harper is the main problem, really. Australia, and people who want to go there, have Tony Abbott to contend with, but they are planning to take 12,000 refugees from Syria and start blowing things up in Syria. I don’t know what this means for the people trying to sail there from neighbouring countries. In Germany, 27,000 refugees arrived in the last four days, compared to what France is musing about “allowing in” in the next two years. I won’t give oxygen to the insane comments from the Le Pen clan. There’s now serious fears that celebrities will start making records about it all.

Even that paragon of free market enterprise, The Economist has clearly pointed out that the arrival of refugees is a damn good thing for an aging, stalled Europe, in an article titled “Let them in and let them earn”. VICE did a similar story: We Asked An Expert What Would Happen if the EU Opened Its Borders to Everyone – which blows away all claims that newcomers “steal jobs”, and shows that accepting refugees or migrants is not a zero sum game.

In my country, Ireland, the government was apparently “waiting to be asked” (by who, we don’t know) to take in refugees until right-thinking citizens kicked up, and pledged some 12,000 beds to arriving refugees, perhaps inspired by this German initiative The government is still hand-wringing over the numbers it might accept, with 5,000 being mentioned as a number. Let’s put this in perspective. As recently as 2013, Ireland was haemorrhaging 250 emigrants a day, to the UK, US, Australia and elsewhere. That’s more than 90,000 people a year leaving Ireland. And we’re worrying about 5,000 refugees arriving? With 50,000-60,000 people arriving every year anyway, and 80,000-90,000 departing, what’s the big deal? If you don’t believe me, check the figures yourself. I’m sure someone’s going to come up with some technical reason to explain to me why we can’t welcome more refugees; my only answer can be, “tell me how we can, not how we can’t”.

We could take 10 times that amount, and that would still be just one refugee for every 100 Irish people. That doesn’t sound like a lot in a country where it will currently take us 43 years to fill all our empty houses, at the current rate of population growth, Dublin property mayhem aside. In any event, Ireland’s response to the situation is too slow, too vague and lacks ambition; not only does it lag behind other countries, it is far less than we are capable of.

Then there’s the use of the newsworthy word “crisis” as if what’s going on will blow over in a week or two. it reminds me a little of how Ireland called the entire World War II “The Emergency”. With millions of Syrians displaced within their own country, Turkey and Lebanon, the few thousand who are have so far reached Western Europe are in the minority.

I’m not convinced that outside Eurocrats like Frans Timmermans, any of Europe’s leaders or the EU actually get that this is a new normal; that we need to wake up and realise that we are in a new era, and that’d we’d better get used to it. The refugee situation is the latest version of “the new normal”.

The world is an unstable place; some of us in Western countries have been lulled into a false sense of predictability and and security, thanks to years of both. With increased conflicts due to climate change-related issues such as drought, crop failures, or resource battles over oil or other “stuff in the ground” many vulnerable people may soon be on the move, with nothing left to lose but their lives, and the lives of their loved ones. Our current banking system and currency systems – coupled with how we use and depend on oil, gas and other commodities, is only “real” as it keeps running, and as believable as we continue to believe in it.

When our own governments fold, crops fail or rising sea water is floods your capital city, bundles of euro or pound or dollar may mean zilch, and we too could find ourselves standing with our children in an unfamiliar rail station, reading signs in an unintelligible script, entering into an uncertain asylum process. Then we too could be refugees.

Several of my aunts and one uncle emigrated from the poverty of 1950s Ireland and never moved back. My grandfather spent the latter years of his life laying tarmacadam on the roads of England, finally retiring home in his late 60s. Members of both sides my partner’s family crossed the Spanish border into France during the Spanish Civil War, enduring terrible conditions, both while travelling, and after arriving in France. Just because they came from countries and arrived in countries that are founding EU members, does that mean that their migrations were any less valid than the millions of people looking for sanctuary inside our borders? We are, after all, on passengers on one small Earth. This cartoon from Simon Kneeborne, sums it up perfectly.

The reactions of ordinary people around Europe prove that compassion and empathy for refugees is strong, and unreserved – if a little late. We, the people, must work together to overturn the inaction of bureaucrats and the pathetic protests of the wilfully ignorant. We must stop treating democracy and politics as some kind of service provider, and instead each become the embodiment of what we want the European Union to be. Most of all, we must do what we know in our hearts to be the only thing we can or should: Welcome the refugees, when they arrive, whether or not they are cradling children in their arms.

More reading, and things you can do.