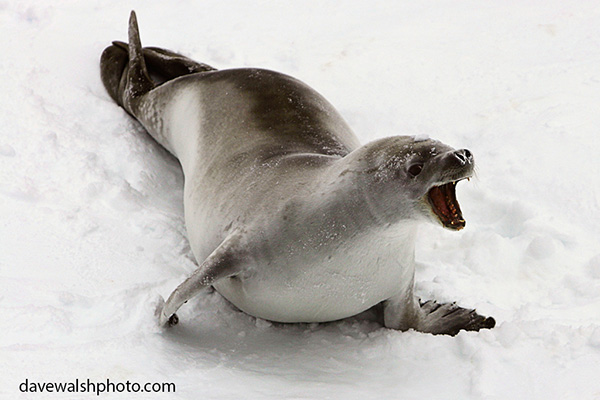 An official statement released on January 23rd by Russia’s Federal Agency for Fisheries, announced that “Russia and Norway will sign a declaration on preventing unregulated fishing in the Arctic Ocean, helping to conserve the Arctic”.

Deputy Minister of Agriculture of the Russian Federation & Head of the Federal Agency for Fisheries, Ilya Shestakov was quoted saying that:

“Creating an effective mechanism to regulate fishing in the region is an urgent task, because the Arctic is the last major region in respect of which have not yet developed international agreements in the field of fisheries.”

“Last major region” is an interesting choice of words – at the other end of Planet Earth is another “major region” which has a developed set of international agreements, but as of yet, not protection: the Southern Ocean, surrounding Antarctica. Just this week, Interpol has issued three “purplenotices” against illegal fishing vessels operating in the Southern Ocean, while both the New Zealand Navy and activist group Sea Shepherd have had separate runs with the pirate fishing boats.

While commending both Russia and Norway for their Arctic cooperation during a difficult period for international diplomacy, and agreeing that the protection Arctic marine biodiversity is of utmost importance, it’s time to remind Minister Shestakov and his Norwegian colleague, Leydulvom Namtvedtom, that both nations also have a responsibility to ensure creation of marine protected areas in the Antarctic. We note that while history was made over the weekend at a UN meeting, with countries agreeing to create a global treaty for protection of world’s oceans, Russia was one of the countries reluctant to commit.

For several years, two comprehensive plans for widespread protection of the Antarctic marine ecosystem, across the Ross Sea and East Antarctica have been on the table at meetings of the Commission for the Conservation of Marine Living Resources (CCAMLR). While most strong Antarctic nations are backing the protection urgently needed for this important ecosystem, home to penguins, whales, seals, and other incredible creatures, at four consecutive meetings, Russia has blocked adoption of the proposals, which, if agreed, would create the largest marine reserves on Earth.

Yet, in October 2014, journalist Alice Lagnado wrote in an article about the CCAMLR deadlock:

“The Russian source close to the government said: ‘Russians want an overall solution to the governance of the Antarctic and the Arctic regions. That’s the problem, not the issue of individual marine sanctuaries. So Russia would prefer to let sleeping dogs lie, and let this simmer quietly for now.’”

If this statement by Russia means that it truly has no problem with individual marine sanctuaries, why not sign up for them, as a piece in the puzzle of Antarctic governance?

With the 200th anniversary of Captain Bellinghausen’s historic 1819 Antarctic expedition approaching, President Putin and Minister Shestakov have an opportunity to make history by putting signing up to Antarctic marine protection. What do they have to lose?

Meanwhile, Norway has a strong role to take on Antarctic issues. With a great Antarctic history stretching back to Amundsen’s reaching of the South Pole in 1911, Norway also has a foot in both polar regions. In February of this year, King Harald of Norway will visit Antarctica, to celebrate the 25th anniversary of the Norwegian Scientific Research base Troll. En route to Troll, the King and his delegation will fly over the wild waters of the Southern Ocean. While a strong player at CCAMLR, Norway must take a stronger stand on the conservation of these waters – and Foreign Minister Børge Brende must convince his Russian counterparts to echo their joint exploits in the Arctic by agreeing to the creation of permanent marine protected areas in the Ross Sea and East Antarctic.

So, Russia and Norway. You’ve prevented unregulated fishing in the Arctic Ocean. Will you do the same for Antarctic waters?

Sign the petition with 300,000 others to protect the Antarctic Ocean