Antarctica’s Glaciers are Collapsing – Are We Ready To Pay Attention? 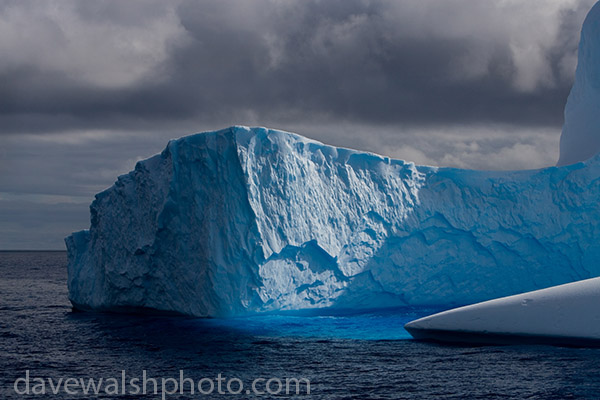 I posted this blog on greenpeace.org – it’s an exploration of the meaning of recent news on the West Antarctic ice shelf collapse.

The “irreversible collapse” of glaciers in Antarctica is dominating headlines around the world this week. News outlets are breathlessly reporting that the dramatic rise in sea levels that’s now on the cards. So what does it mean? Should we panic? Do we need to grab the family, and head for the hills?

Well, no, we shouldn’t panic. Not yet. If we’re going to freak out, we should perhaps be more constructive – and get real about our carbon emissions, energy efficiency, adaption and supporting the people who needs the most help. Let’s be clear – it’s not as if a giant ice cube has been dropped into the Southern Ocean, generating a monster tsunami. We don’t need to start filling a large wooden boat with two of every living creature and one Russell Crowe, either.

On a human scale, the process of sea level rise may appear more gradual, but it’s already changing coastlines and lifestyles. Half of the world’s population and three quarters of our cities are near the coast. Recent Intergovernmental Panel on Climate Change’s (IPCC) reports, which predicted around one metre of sea level rise this century – did not take into account an Antarctic ice collapse. And that’s where this week’s news comes in.

“Scary. One of the feared tipping points of the climate system appears to have been crossed” – tweeted leading climate scientist, Stefan Rahmstorf of the Potsdam Institute for Climate Impact Research on Tuesday, following the publication of two papers: one from NASA on six threatened West Antarctic glaciers (including Pine Island, Thwaites, Smith and Kohler glaciers) while the University of Washington team focused on the Thwaites Glacier. This follows earlier news on research by two of Rahmstorf’s colleagues in East Antarctica, where “small plugs” are holding back an ice sheet that could also add more fresh water to the oceans.

“The West Antarctic Ice Sheet has gone into irreversible retreat,” the lead author of one of the papers, said Eric Rignot, a glaciologist at NASA’s Jet Propulsion Laboratory, during a press conference. “It has passed the point of no return.” According to Rignot, melting in West Antarctica could lead to a rise in global sea levels of some three metres over the next few centuries. Both teams observed that an unstoppable collapse of Western Antarctica’s ice sheet is now happening, and already contributing to sea level rise at a rate higher than previously anticipated. They made clear that even a dramatic cut in emissions of greenhouse gases will not make a difference to this phenomenon – hence the reports of “irreversible” or “unstoppable”.

The collapse of the Antarctic ice shelves isn’t being driven by surface melt, or warmer air – it’s caused by warmer ocean water attacking the ice from underneath. This water, which naturally lies deep in the ocean, is being dragged to the surface by increased intensity in the non-stop cold westerly winds that race around Antarctica in a never-ending circle.
As the difference in temperature between Antarctica and the rest of the warming planet increases, the winds get stronger. This causes rougher weather at sea, which in turn pulls up the warm water to the surface. The cause of the stronger winds is currently unproven, but it’s thought that it is to some extent anthropogenic – caused by us humans burning fossil fuels.

Glaciers such as Thwaite and the others that included in the studies  are “grounded” below sea level – and are dependent on continuing cold water temperatures to maintain their integrity. The arrival of warmer water not only causes melting, it also lubricates the bottom of the glacier, making it more inclined to slip. With a thousand metres of ice bearing down from above, there are gargantuan pressures on glaciers like these. If the glacier breaks up, or slips forward into the ocean, the ice behind flows more easily into the sea. This scenario is often compared to a champagne bottle – if it’s loosened, the pressure behind it will pop the cork, and the contents will pour out.

If West Antarctica’s ice sheet is dumped into the ocean, sea levels could eventually rise by up to four metres. This has dramatic implications for low-lying and coastal cities and communities all around the planet. But we’re talking 200-1000 years here. So what’s to worry about? Can’t we kick the can down the road?

Humans dislike change, yet we are incredibly adaptable. But we tend to focus on immediate threats – and tend to procrastinate on long term problems, even if they’re bigger, and pose more of a hazard. So while we might be tempted to say “Pfaawww, sea level rise? Collapse? Not in my time lifetime, or maybe even my grandchildren’s”, the reality is more insidious. Major coastal cities – New York, London, Tokyo, Bangkok Mumbai, Kolkata, Guangzhou to name but a few, are already facing the prospect of dealing the combined effects of extreme weather events and sea level rise. The IPCC’s most recent analysis predicted this century’s sea level rise somewhere between 30cm and 100cm, without taking this week’s news from Antarctica into account. Rather than being alarmist, as climate skeptics often claim, it shows that we’re perhaps guilty of continuously underestimating the threats that lied ahead.

Changing coastlines are part of the new reality. Any rhetoric from politicians about taming the sea, combatting local coastal erosion or reclaiming land should be taken with a pinch of salt – authorities need to deal with the fact that our coastlines are in constant change. Changes will happen more rapidly in the future – once we have come to terms with this, it may open the door for more meaningful action at local, national and global levels to cut the greenhouse gas emissions that are driving rapid climatic changes, and to help those who are most vulnerable to sea level rise, such as those in developing countries and low lying island nations.

One thing is for sure. We will all, in some way, be affected rising sea levels during our lifetimes.