How to Win: Bicycles and Honey Badgers 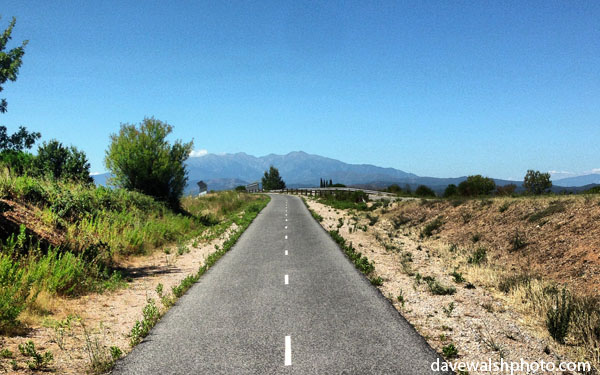 Dave Walsh writes about letting sport teach us about campaigning, via the tenacious, flexible and fun Slipstream Sports cycling team.

Yesterday, I read a small blog by adventurer Alastair Humphreys, where he published a list of the qualities needed to succeed. The list includes, hard work, perseverance, determination, ruthlessness and more. I would add one more: creativity. Humphreys writes:

As a former (not very successful) racing cyclist, and a longtime fan of professional cycling, I’ve had my ups and downs. I was coaxed into the sport by the exploits of Irish riders Sean Kelly and Stephen Roche in the 80s – both brilliant, but both with questions hanging over their exploits. I drifted away from the sport in my late teens ( during Indurain’s boring dominance of the Tour de France), returning both as a racer and fan in the noughties, after the Festina Affair, and as Armstrong’s dull drug-fuelled dominance bored everyone away.

I’m back following the sport again at the moment, and enjoying follow the adventures of Ireland’s small army of international riders, including Dan Martin, Nicolas Roche, Phil Deignan, Matt Brammeier and Martin Irvine. Irvine recently captured the rainbow jersey for the scratch race at the world championships; his climber teammate Deignan is on splendid form, after winning the Tour of Gila, and as I write, is sitting third on general classification at the Tour of California.

But this is not about Irish riders – it’s about the Garmin Sharp cycling team that Dan Martin rides for. Nominally an American outfit, the organisation behind the team, Slipstream Sports was set up by the iconoclastic ex-pro Jonathan Vaughters and current pro David Millar. Millar was put through the mill some years ago after getting caught doping. Vaughters admitted doping in a New York Times op-ed in 2012. Both are now vehemently anti-doping, and set the team up as an environment where riders could thrive without pressure to cheat.

Slipstream came to the sport with this relatively audacious approach, given the omerta on doping that had pervaded within the peloton for decades and are vocally anti-doping. Despite the history of its founders, they aim to win races on ‘bread and water’. I want to believe Vaughters and Co, and I trust them. But I’ve been hurt before, and history will tell if my trust has been in vain. Don’t let me down, guys.

It’s the attitude of the Slipstream/Garmin guys, mixed with Humphrey’s blog that inspired me to write this article. Not about the team’s attitude towards fostering drug-free sport, though this is beyond commendable. It’s their attitude to turn potential disaster into victory, their “all for one, one for all” attitude, and the sense that they’re having a hell of a good time and have a genuine sense of humour. The Irish rugby team, during their peak of the last few years, were purveyors of the same kind of spirit. They obviously like being together, which helps breeds a confidence that make no situation seem too difficult to overcome.

On April 21, 2013, Garmin’s Dan Martin and Ryder Hesjedal dominated the closing kilometres of the 261.5km legendary Liège-Bastogne-Liège race in Belgium. A human diesel, Hesjedal powered away on his own, on one of the final climbs, and clearly a potential danger to the other challengers. Victory may have been his. Hauled back by a select group, he remained on the front, driving the pace, while Martin, who had quietly arrived in the same group kept a low profile. In the last kilometre, Martin sprung, swept past an attacking Joachim Rodriquez, and brought home the win, despite being chased by a giant panda. This was beyond chance, there was both a double strategy and some clever tactics at work. The transition between Hesjedal as possible winner, and Martin as final winner was beautiful in subtlety. Intelligence and selflessness.

To do true justice to Martin’s win, I recommend watching Cosmo Catalano’s hilarious and incisive “How the Race was Won” video, which deconstructs how Garmin snatched victory from the jaws of a failed attempt at winning. To be fair, Martin’s win didn’t come from nowhere – he’d also recently won the Tour of Catalonia stage race, after another classic Garmin-style attack on a major mountain climb that put him out of reach of his rivals. His riding proves a mixture of intelligence, experience, and cunning.

Fast forward to May. Earlier this week, Hesjedal, who had been motoring during the first week of the Tour of Italy (Giro d’Italia) drifted off the pace on important climbs, dropping 20 minutes and out of the top ten. Hesjedal was puzzled by his sudden slip of form, as he didn’t actually feel particularly ill. But this is bike racing. Hesjedal had come to Italy in the form of his life to defend his slender but epic victory from 2012, and has now found himself out of contention. Tuesday 14th of May was a particularly bad day for him.

But then on 15th May, something happened. A break went up the road in what was a fairly mountainous stage. Any team might have put a domestique (support rider) up the road for a stage win when their favourite was out of overall contention. But Garmin moved so fast – they accepted their loss any chance to win the overall in less than 24 hours, and suddenly refocused. Putting Ramunas Navardauskas in the breakaway wasn’t blind hope, there seems to have been some serious calculation going on. Strongman Navardauskas, who also recently stormed to a stage win in the Tour of Romandie, rode away from his rivals at about 5km to go and won the stage solo. Known as the “Honey Badger” to his teammates after a viral YouTube video “Honey Badger don’t care!” rode with his head as much as his legs, and didn’t even bother taking of his helmet for the post race interview, as if he was about to leave on a training spin, with a perfect lipstick mark on his cheek. The team tweeted a picture of Hesjedal congratulating Navardauskas, while Millar tweeted about the hard work that Hesjedal had done in support of the team all day. Hesjedal is a rock star, with no rock star poses. Read what he says here.

Later that day, thousands of kilometres west, another Garmin squad climbed out of bed to start a stage of the Tour of California. Buoyed by the news of Navardauskas’s win, they decided to keep the “ball rolling” – and worked out a strategy while on their team bus. About 2.5km from the finish, Irish rider Matt Brammeier almost stole the win, but was caught with less than 1km to go, allowing Garmin to lead out their sprinter Tyler Farrar for a great win.

Vaughters later tweeted:
“I didn’t want to jinx it, but this team has a long history of 2 wins in one day. It’s kinda weird”.

As someone who works in communications and campaigning, I’m intrigued by Slipstream’s ability to not only quickly adjust strategies, but that all team members respond so fast. I love how they combine cold hard calculation of strategy with a passionate “never say die” spirit”. They’re not locked into a “this is how we do things” paradigm, and do not confuse their goals with their methods. They seem to look at each day, define an objective, decided whether or not this objective is attainable, and then work out how to get there given the resources to hand, while having fun along the way – and entertaining their fans. Kudos to Jonathan Vaughters, Charly Wegelius and the rest of the team for instilling this attitude in everything the team seems to do. Hesjedal retired from the race on May 16th. I hope he recovers soon, and gets the successes that are due to him. He tweeted, on May 17th:

Just wanted to say thank you to everyone, family,friends,fans and especially @Ride_Argyle @giroditalia the support is incredible.

To come back to Humphreys’s statement: the foundation of sport are built upon things that matter very much indeed. Sport is where we learn to fight and win battles, and while cycle racing is stressful – it’s not quite the same stress as trying to save the planet from ourselves.

Everyone on the planet must face this cold reality – we have a huge environmental situation on our hands, and simply going about business as usual – “this is how we always do it, we like it thi way” is just not going to wash. We need to choose our goals, pick our battles, and be ready to adapt our strategy when needed. We need to prepare for loss, and we need to prepare for victory. And while there’s no time for fucking about, I don’t see we can’t have some fun along the way. Let’s all be Honey Badgers.